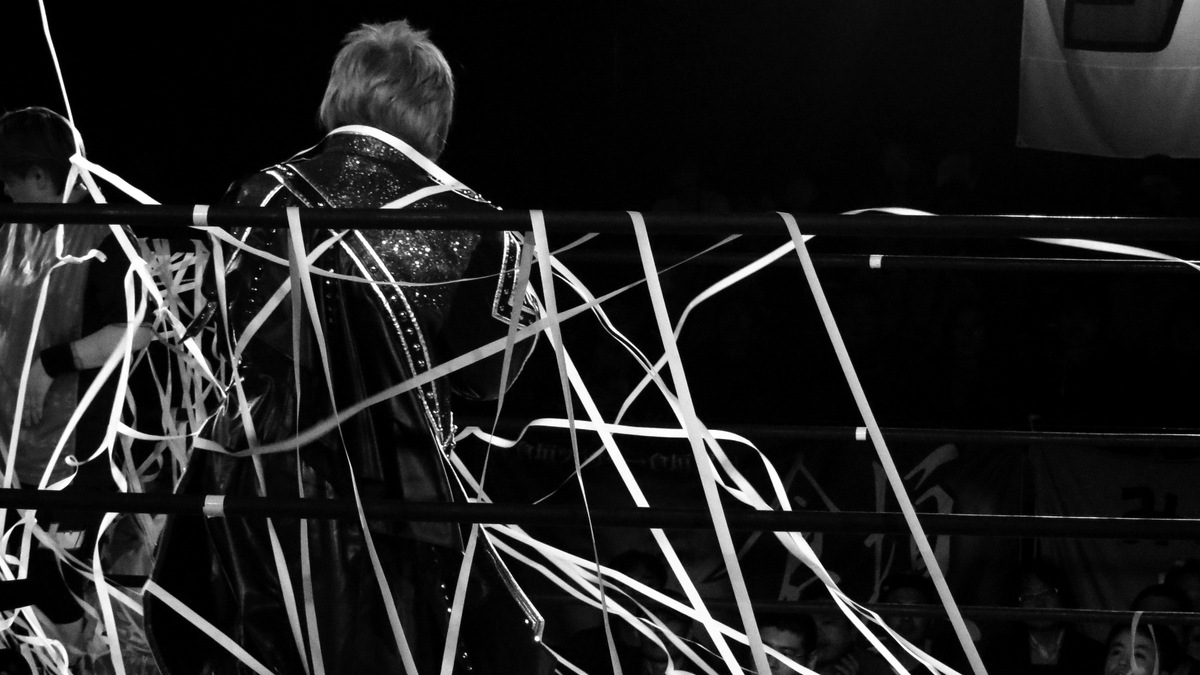 I came to Japan to watch pro wrestling. I’d been a fan of the American version of the sport all my life, but I’d lost interest by the time I’d reached college. The World Wrestling Federation (WWF) had become as obnoxious, sexist, racist, boring, and unintelligent as its detractors had claimed. However through the still developing magic of the internet I discovered ‘puroresu’, the Japanese art of pro wrestling. The contrast between ‘puroresu’ and its American equivalent was stark.

Mainstream US pro-wrestling companies had long dropped any pretense of athletic competition, and the events often had more talking than they did wrestling. ‘Puroresu’ was all about the wrestling, and featured more innovative, more athletic, and all around more interesting competitors. Gone were the immobile body builders and untrained models that clogged up American TV. ‘Puroresu’ was filled with former kick-boxers, amateur wrestlers, and judo practitioners. Wrestlers like Kenta Kobashi, Mitsuharu Misawa, and Shinya Hashimoto told their stories inside the ring.

Whereas American wrestling wallowed in the lowbrow aspects of sports, such as tribalism and jingoism, ‘puroresu’ highlighted the transcendent elements. In ‘puroresu’, men and women pushed their bodies and minds to do the impossible, just to prove they were the best at doing the impossible. Yes, women. The likes of Manami Toyota and Ayako Hamada were legitimate competitors in ‘puroresu’, not the inferior eye candy that the top US companies relegated women to.

Low-resolution pre-YouTube videos of ‘puroresu’ were a revelation, but wrestling is meant to be seen live, so I made my way to Tokyo to see it with my own eyes. The experience of going to my first ‘puroresu’ show is difficult to put into words, and I’ve been to so many shows since then that it’s hard to recall specifics. However, I can’t forget the excitement that I felt as I walked into the venue, and was greeted by wrestling legend Shinjiro Ohtani. I remember the camaraderie with, and occasional animosity towards, other fans as we cheered. I recall the ease with which we could suspend disbelief, and think that our passionate cries could actually affect the predetermined outcomes. I remember feeling that the costumes, the characters and the combat were all as good as those in an action film. The difference was that it was all taking place just a few feet away from me.

It was obviously an amazing experience for me, but you don’t have to be a lapsed Hulk Hogan fan to appreciate a Japanese pro wrestling show. I’ve actually brought more than a few friends to their first ‘puroresu’ show, and they’ve all have had a great time. Pro wrestling is art, and it’s an art form Japan has led the world in for decades. Anyone interested in Japan owes it to themselves to see the result first-hand.

You shouldn’t have trouble finding ‘puroresu’ events here. No one actually knows how many pro wrestling companies or pro wrestlers there are in Japan because there’s far too many to count. The Mecca is, of course, Tokyo. Venues like Shinjuku FACE, Shin-Kiba 1st Ring, and Korakuen Hall put on half a dozen shows each week. If you’re not near the megalopolis, the major Japanese companies tour the whole of Japan regularly, and there are numerous upstart prefectural promotions across the country.

If you’re spoiled for choice when choosing your first event, go to New Japan, NOAH, or WRESTLE-1 to experience classic, hard-hitting, sports-like puroresu’. Go to Dragon Gate for more athletic, and slightly more implausible, bouts featuring high-flying, muscled up ‘ikemen’. If you’re perfectly happy with American wrestling as it is, Wrestling New Classic, run by TAJIRI, will give you more of the same. If you’re looking to get weird, Dramatic Dream Team (DDT) offers a bizarre mix of truly great pro wrestling, with over the top sexual humor and inanimate objects. An inflatable doll named YOSHIHIKO, which is treated as though it’s a living wrestler, is one of DDT’s most entertaining stars.

If you want something truly extreme, visit Big Japan Pro Wrestling (BJW), which stages death match style events. Increasing awareness surrounding the dangers of blood-borne diseases has made death matches a dying art. For the time being though, there are still Japanese pro wrestlers spilling their blood in the name of entertainment, as men like Jun Kasai continue to throw themselves into light tubes, nail boards, barbed wire, and glass sheets. BJW also features lots of fantastic traditional wrestling as well.

Out of all the available pro-wrestling companies in Japan, my personal favorites are the women’s wrestling companies like JWP, WAVE, LLPW, Oz Academy, STARDOM, and ICE Ribbon. Female wrestlers, referred to simply as ‘joshi’, can’t just rely on brute strength, so they’ve had to be innovative. ‘Joshi’ are often responsible for creating new wrestling moves.
Their unique style, striking pageantry, skill and passion are the highlight of ‘puroresu’ for me.

‘Puroresu’ offers a bit of something for everyone, you owe it to yourself to see what it can offer you. Show listings can be found in the widely distributed ‘Weekly Puroresu’ magazine or courtesy of Puwota. Have fun.